It’s a Beer Church Miracle: Time is No Object 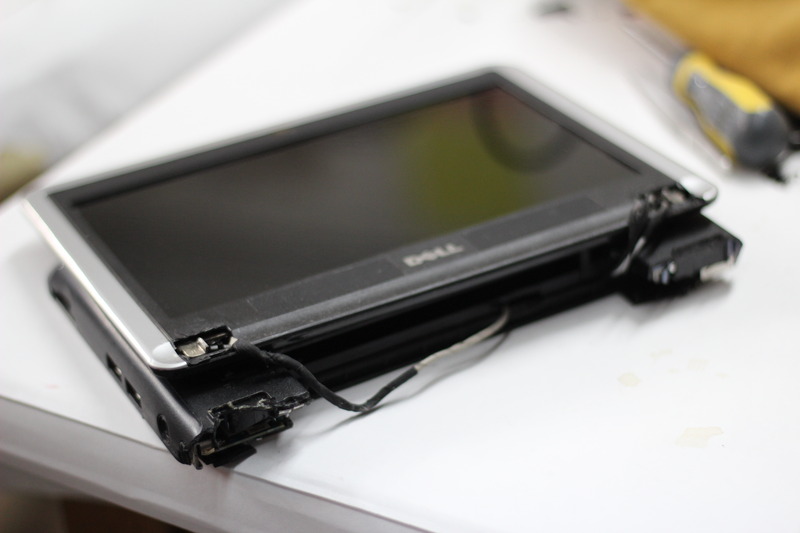 6 days ago, we had Beer Church. It’ll definitely happen again! We read up on some science, learned some new beers, and then got right back into our projects! I hacked for 12 hours. I built a time machine, sort of.

It will send video messages to the future! Yes, yes. This it in Development and Drinking(tm) mode: 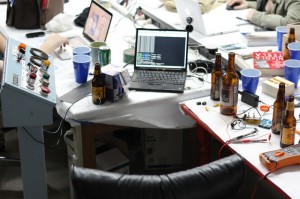 Just a few days ago, one of our members donated me a Dell Mini 9 to turn into the computer backing the Actual TARDIS project. I’ve since… altered it. By the time I’m done, you won’t think it’s a laptop. 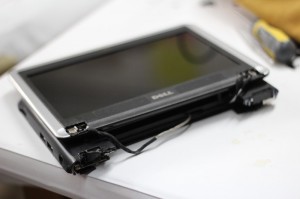 The following is a totally true record of the utility this device. It is a fact, and you may not dispute it.

You push H.V. On. Imperceptibly, a hole is torn in the time/space continuum before your very eyes. Turn the knob to over 9000 days, like in Back to the Future.  Commence antics.  Quizzically look at the camera. Describe your ideas for how to fight back against the future warlords that will rule our world. Wish your correspondent the best of luck. Press H.V. Off. A bit of energy is lost from the room as your words, actions, and human ingenuity are torn from this realm and hurled across lightyears of wormhole loops into the distant unknown future. You’re a rebel against causality and have just in one short action destroyed a thousand thousand multiverses. It’s not even after lunch yet. The realization that you have reached forth beyond your own plane of existence into the lives of the unborn, whose atoms are as of now scattered across the globe, not yet assembled in an insult against the irresistible forces of entropy, fills you with a sense of possibility.

You quickly forget that you’ve just touched the souls and destinies of people who will be born years after you die in a nuclear holocaust or road rage incident (to be honest, the chances of each are about equal at this point). Your dinner is excellent.

The year is 2036. The Chicagoland area is now ruled by gangs dressed in leather and armor made out of SUV bumpers. The nightly purges kill the weak and those unwilling to listen to Lady Gaga remixes. It’s a dark time.

Our protagonist, Joe Q. Public, attorney at law, enters stage left. He turns on the light in Pumping Station: One’s main hangar. The TARDIS sits, covered in dust and forgotten spiderwebs of extinct species, behind the hovercraft that the PS:One militia services use for nightly reconnaissance missions into the harsh wasteland of Illinois, Central War District.

John sits down next to the hyperlaser matter deconstruction unit and halfheartedly pulls up the flux capacitor plans recovered from the ruins of Fermilab by the ill fated mission that disabled the hovercraft 3 weeks before. It doesn’t make sense. There’s something wrong in the plans. It can’t work.

The TARDIS is phasing in. John turns and sees a faint red light on the console. The Doctor hasn’t visited Pumping Station: One in over 17 years. Perhaps salvation has come! Our barrister, whose qualifications are now useless in a world without Law & Order, rushes to the console. A single drop of sweat trickles down his dusty brow as he stumblingly presses the cracked, flickering button labeled Interlock Open.

A dusty television screen hung by metal hinges from the bare metal skeleton ceiling of the hanger flickers to life. A fresh faced hacker from the year 2012 laughs. John grins sadly at the plenty that surrounds the young woman laughing without a care. He smiles at the reminiscence of the one day in his life that was not scarred by violence and decay, and feels that perhaps not all is lost. The screen flickers briefly, tugging at Public’s heart. This ephemeral angel of the past may be lost! He feebly massages the console of the TARDIS, hoping that perhaps the communique was not damaged in the EMP bursts of WWIII. The screen flickers back on. The voice of 2012 crackles back to life: only a few words can be understood before the audio track ends:

…obviously, we only had to invert the polarity before intersecting the manifolds. Hahaha, what a joker. At least it works now! The Doctor’s going to get such a ribbing next time he’s here…

John sits down on the dust, crying for joy. It was so obvious! He rushes back to the deconstructor, gladness in his soul.

I must take what is merely a prototype that sort of works and make it so robust that it can withstand 24 years of hard usage and save the world from oppression.

I expect this to be done by next month. Happy hacking!