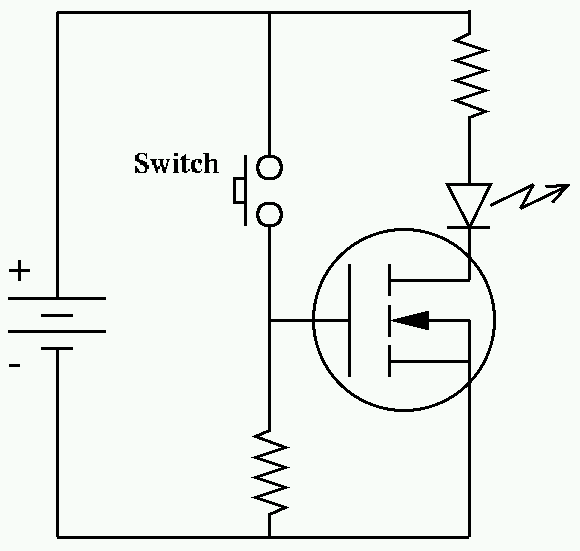 Mosfets – They can be “on” — They can be “off” — They can even be in between! Tonight at NERP, entrepreneur, engineer, and really good teacher Ste Kulov will guide us into the world of mosfets. Metal Oxide Semiconductor Field Effect Transistors if you want to impress your friends.

Since mosfets are a wide and deep subject, I asked Ste where he wanted to focus his talk. With great economy of words, he said it better than I could.

“Most of the generic stuff, fairly quickly.  A few simple examples I was probably going to cover are: making a logic inverter, a logic controlled load-switch, and reverse battery protection. Simulating in LTspice [circuit CAD], since I can draw that stuff in two seconds and put it on the screen.  If you want to do a power MOSFET application, I would need to see the datasheet for it.  Also keep in mind that high current stuff is no good for breadboards. If you need a list:  4 vs 3 terminal, body diode, Rds(on), gate drive, switching speed, N-channel, P-channel, CMOS digital logic, CMOS analog switches.”