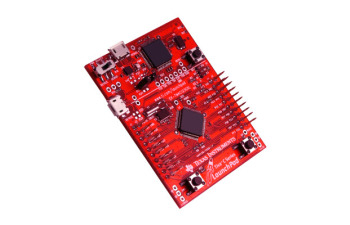 Since the days of Windows 3.1, personal computers have used 32 bit CPUs. It was a simple world. Microcontrollers were 8-bit and PC’s were 32-bit. Due to crazy cheap and small single board computers, multimedia-capable CPUs are doing tasks formerly done by 8-bit MCUs. But there are also lots of 32-bit microcontrollers. The casual distinction between a computer module and an MCU is whether the unit normally runs a general purpose operating system like Linux or Android.

Why would a designer choose a dumb ‘ol microcontroller over a module with HDMI? In many cases an MCU with a slow clock can do I/O related real-time tasks that are difficult (or impossible) to code on a RPi. Built in peripherals like timers and A2D have always simplified MCU board design, and wireless drivers as on-chip peripherals are becoming common. If 0.5mm pin spacing doesn’t scare you, you can design your own system from the board up. Microcontrollers aren’t going away any time soon, especially in industrial measurement and control applications.

Several months ago NERP looked at the Teensy 3, an MCU module that uses a 32-bit ARM “M4” based microcontroller IC made by ST Electronics. In ARM land, M designates a microcontroller. The Texas Instruments Tiva-C series (formerly Stellaris) MCU ICs are also based on an ARM M4 design. The Tiva-C family’s main advantage is super low power consumption. As with lots of other MCU families (at TI and others), there is an Arduino-like development environment for rapid prototyping. TI calls it’s MCU demo boards Launchpads. Daughterboards (“shields”) are called booster packs. At NERP tonight we’ll see a Tiva-C launchpad and the “sensor hub” booster pack running with Energia, TI’s Arduino-based IDE.