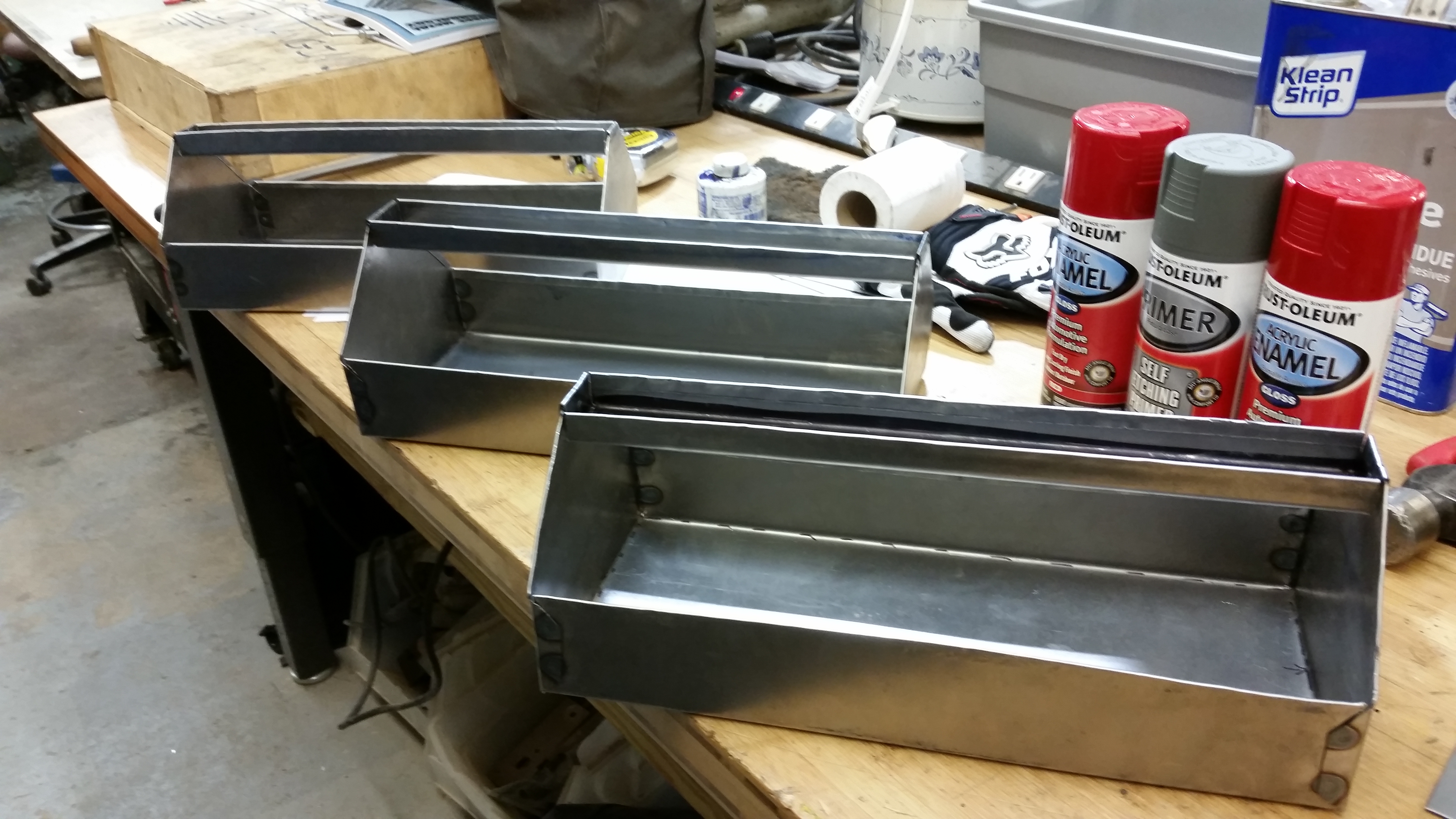 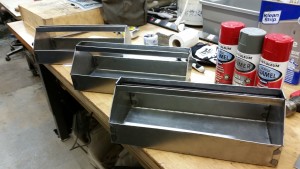 Last Monday, NegativeK got the funny idea that he wanted to do a project to practice his sheetmetal work. 20ga mild steel sheet was ordered, and we collected in cold metals to make some very expensive tool trays.

Making a project like this, is a bit of a puzzle. Before we get to the tough stuff, we first do layout. 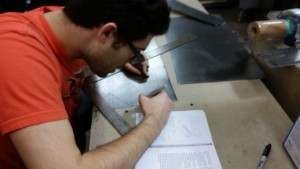 Here’s Toba wishing we had a printer that would do the layout for him.

Once we all finished drawing lines all over our sheetmetal we had to come up with how we were going to make all the cuts. 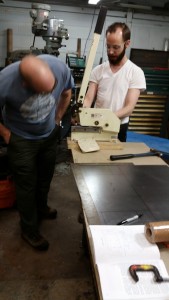 That’s an 8″ shear. It makes cutting sheemetal a magical experience. It’s quiet, smooth, and pretty easy to control. The only thing to remember, is it’s like working with the tip of a pair of scissors. It cuts a long way in front of where you “see” it cutting, and if you reach the end of the cut, it makes a punch mark. Just… it’s steel instead of paper.

That does mean making inside cuts is a bit of a challenge. We all had unique approaches to dealing with the inside corners. Now that we have three and a half toolboxes, I think that the “best” method, would have been drilling holes at each inside corner. Instead, I twisted and wiggled out the metal, and used a file to clean up the corner. 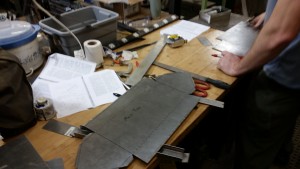 Here’s my tool tray blank. All of the fold lines are marked, and it’s sitting on top of my tool tray handle. I didn’t get good shots of how we did the handles. They were definitely easier than the body of the tool tray. To go from that flat sheet of metal, to a three dimensional tool tray, requires a sheet metal brake. 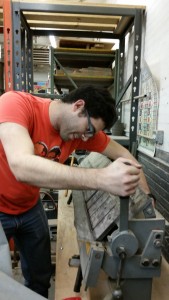 Here’s Toba setting up to do his bends. NegativeK found that our brake won’t do seams well. As if that would stop us. We all ended up using a hammer to finish those folds.

Those folds were simple in description, but not so simple in practice. None of ours look machine made. But they do hide the sharp edges, and make the tool trays safe to use. 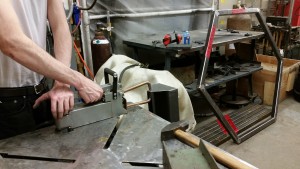 The handles, and sides were affixed to each other with the space’s spot welder.

Spot welding is a very quick method for joining metal. I’m glad we’ve got that tool in the space. I had suggested that we might rivet the parts together, but between drilling and attempting to rivet, we’d have spent two or three times longer affixing the parts together.

The welds also have the air of “professionally made.” Or at least “not in a garage” made. 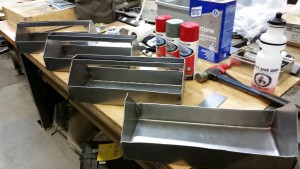 At the end of the night, Here’s what we had. TachoKnight, Toba, NegativeK, and My boxes. 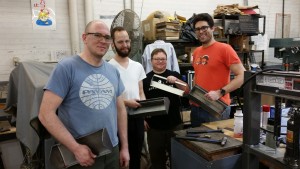 In the future, we won’t put the short guy furthest from the camera.