We have a very special event planned for the next CNC Build Club meeting on Thursday, July  18th.  We are going to do a Gonzo Build with the Make With Moto crew.  Make With Moto is a Velcro covered Sprinter van filled with making equipment that is touring the country.  In addition to the making equipment they have a bunch of unlocked and hacked Android smartphones.  They have been doing hack-a-thons around the country. 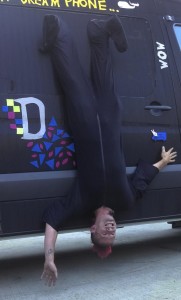 We thought it would be awesome to do something that combines our CNC hacking skills with their  phone hacking skills.  We would temporarily remove the “a-thon” and do a one night Gonzo build.

The plan is to do a digitally controlled camera slider.  The phone would replace the camera and control the motion.  We are still seeing what is feasible on the phone control options, but ideally you could control the phone from a second phone and view live video or snap shots from the slider phone.

It will probably look similar to this camera slider that was done in the past, but it will have a mount for a camera and have all the drivers on the slider. 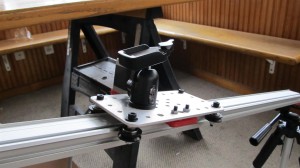 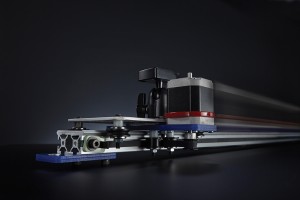 Inventables will be supplying all the CNC materials.  As the details get more firmed up, I will edit this post so check back later.  If you have any other ideas, let me (Bart) know.  We may be able to get materials for multiple versions.