32-Bit CNC Controllers are making a strong showing lately.  I have several that I can show, compare and trace to roots of at this week’s CNC Build Club (Thursday 4/3/2014 @ 7:00pm)

The TinyG has been around for a few years.  It can be purchased here.  It started as an XMega firmware/hardware project, that has been morphing into a cross process solution.  The basic TinyG is the XMega on their own hardware with 4 on board stepper drivers. It has very advanced motion control algorithms, including constant jerk.   The project is open source and on Github. 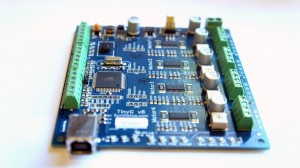 The second, but less popular format, the TinyG2, is running on a standard Arduino Due with a driver shield.  Here is it shown with a gShield. 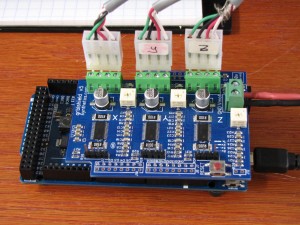 The other popular 32 Bit CNC controller is he Smoothie project.  After about a year of prototypes they did a popular Kickstarter.  The Kickstarter is over and delivered and you can buy the hardware.  The project is open source.  Most of the motion control is based on a port of GRBL.  The project details are here and the GitHub repo is here.  The project supports 3D printers, laser (cutting only) and CNC routers. 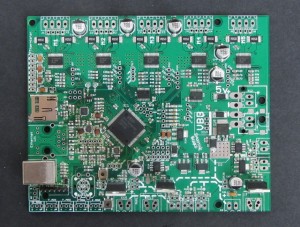 This is the Azteeg x5 mini.  It is a another hardware solution for Smoothieware.  It is available for sale here. 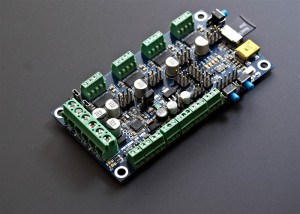